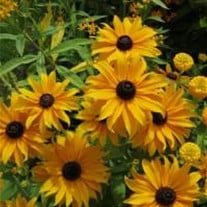 Effie "Carolyn" Jeffcoat, 63, of Lexington, SC, died Thursday, December 28, 2017 at her home. Born on September 4, 1954 in Swansea, South Carolina, she was the daughter of the late Stacey Jeffcoat of Sally, SC & Billy Dove Livingston of Swansea,... View Obituary & Service Information

The family of Effie "Carolyn" Jeffcoat created this Life Tributes page to make it easy to share your memories.

Send flowers to the Jeffcoat family.