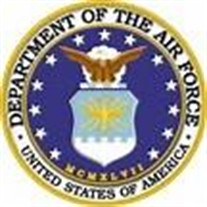 Mr. Grady L. McIver, 83, of Swansea, SC passed away on Wednesday, September 27, 2017. Funeral services will be held at 3:00 PM, Saturday, September 30, 2017, at Sardis Baptist Church with Rev. Dean Reynolds and Rev. Mark Hardenbrook officiating. Burial with full military honors will be in the church cemetery. The casket will be placed in the church one hour before the service. Mr. McIver was born in Lexington County, a son of the late James Hampton and Bessie Bell Hoover McIver. He was a Christian and accepted his Lord and Savior Jesus Christ in 1956 at a Billy Graham Crusade while serving in the United States Air Force in England. Upon his return to the States, he became a faithful member and teacher at Antioch Baptist Church in Gaston, SC. When he married his dear Peggy Ann, his membership and service was transferred to Sardis Baptist Church. He was a retired pipe welder at the Savannah River Nuclear Site with over thirty years of service and was a veteran of the Korean and Vietnam War. He served eight years of active military duty and thirty years of service in the S. C. Air National Guard retiring as a Chief Master Sargent. Survivors include his wife, Peggy Ann Hoffman Enfinger McIver; daughter, Fran McIver Harding; 6 grandchildren; 6 great-grandchildren and a number of nieces, nephews and cousins. He was predeceased by a daughter, Ann Flanagan; son, Michael M. Enfinger; sisters, Iva Sharpe and Linnie Moseley and brothers, Harvey McIver, Harry McIver and Jewel McIver. The family will receive friends from 2:00 PM until 3:00 PM at the church before the service and other times at the home of Edis Mae Hoffman, 239 Myrtle Wise Road, Swansea, SC. Culler-McAlhany Funeral Home (www.mcalhanyfuneralhome.com) of North is assisting the family with arrangements. Memorials may be made to the cemetery fund of Sardis Baptist Church, 1601 St. Matthews Road, Swansea or Calvary UMC, 1130 Calvary Church Road, Swansea, SC 29160.

The family of Grady Ladrian McIver created this Life Tributes page to make it easy to share your memories.

Send flowers to the McIver family.