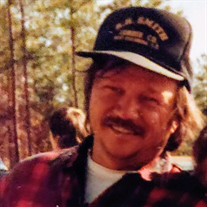 Harvey H. Goodwin was born July 30, 1946 to Paul J. and Margaret Bailey Goodwin. He stepped from this world into eternity with those who have gone before him on March 4, 2019 after a courageous fight against pancreatic cancer. He resided in Swansea, S.C. all his life and was known throughout the midlands for his craftsmanship as a framing contractor. Many local young men spent summers working on one of his crews. Some took the time to learn the trade and the efficient work ethics he taught, later becoming successful in the building industry themselves, including his two sons. At the height of his career, he operated 4 framing crews with many who spent 20 or more years working for him. Later he opened a local establishment known as “The Barn,” spending many hours with patrons who were often considered extended family. His quick wit and humor will be sorely missed by many he spent the afternoons socializing with. When not working, he enjoyed successfully competing in many motor sports including, competitive truck pulling and lawn mower racing. He also took leisurely rides on his motorcycle or in one of the vintage automobiles he collected, all Fords of course. When not on a track or the highway, he was in the woods teaching his children and grandchildren a love for hunting and fishing. Many family gatherings and holidays were spent dog driving or on the Congaree River building a lifetime of memories that are cherished. He is survived by his wife Carolyn Jeffcoat Goodwin of the home who faithfully stood by him for 42 years and lovingly fought the battle with him against the disease that took his life. He often remarked to his children that he was lucky to have her and they agreed. He is also survived by a son, H. Duane Goodwin, his wife Kim and their children Cecelia and Zack Goodwin; and son, H. Lee Goodwin, wife Michelle and their family Amber (Bric) Powell, Jhett and Jasper, Brittany (Justin) Lancaster and soon to arrive twins; a daughter Donna Goodwin Hicks, her husband Allan, and children Nickie and Joey Sturkie. He was a loving man and fierce protector of those he cared about or the less fortunate. And no doubt, his family’s hero. Funeral services will be held at 1:00 p.m., Thursday, March 7, 2019 at Calvary United Methodist Church, 1130 Calvary Church Road, Swansea. The casket will be placed in the church one hour before the service for final viewing. The family will receive friends from 6:00-8:00 p.m., Wednesday at Culler-McAlhany Funeral Home (www.mcalhanyfuneralhome.com) in North. The family would like to extend a special thank you to the staff of Pathway Hospice, especially Liz, Alisa and Taylor for providing support to the family and to the many friends who took time to call, visit and offer encouragement and prayer. In lieu of flowers, a donation may be made to the American Cancer society to contribute in finding a cure for this dreaded disease (National Pancreatic Fund, P.O. Box 1848, Longmont, CO 80502).

Harvey H. Goodwin was born July 30, 1946 to Paul J. and Margaret Bailey Goodwin. He stepped from this world into eternity with those who have gone before him on March 4, 2019 after a courageous fight against pancreatic cancer. He resided... View Obituary & Service Information

The family of Harvey H. Goodwin created this Life Tributes page to make it easy to share your memories.

Send flowers to the Goodwin family.