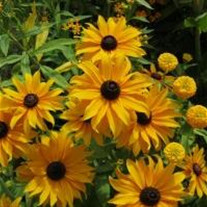 Marie Hughes-Singletary died peacefully on the morning of May 4. 2016 at her home. Funeral Services will be held on Saturday, May 7 at 11:00 AM at Bull Swamp Baptist Church in North. Visitation will be prior to the funeral at the church beginning at 10:00 AM. The family will receive visitors at the home after the funeral. Marie Hughes-Singletary was born November 9, 1941 in Springfield, SC, the daughter of Willie Morgan Hughes and Rosena (Deanie) Hughes. She was honorably discharged from the Women’s Army Corps having served during the Berlin Crisis and the beginning of the Vietnam Era. She was appointed a Kentucky Colonel by the Honorable Order of Kentucky Colonels in 1971, where she received Medals of Distinction for supporting charitable endeavors of the Order. Education was of primary importance to her. After receiving her Bachelor’s degree at Indiana University in 1966, she taught English at Jefferson High School in Indiana for 18 years. During this time she furthered her education by receiving a Master’s degree in 1971. After relocating to Orangeburg, SC, she received her Specialist in Education Administration degree at South Carolina State University. She taught English for 17 years at Edisto High School where she was English department chairperson and Gifted and Talented education coordinator for the district. She retired from teaching in 2001. She is survived by her son Duane E. Hogue of Lexington and daughter in law Melanie; three grandchildren Diana, Darien, and Isabelle and her sisters Evelyn Fogle and Betty Gunnels. She is also survived by the children of her special friend Paul Jones: Suzie Campbell and the wife of Ricky Jones: Tammy Jones and the grandchildren, Brandon (Chico) Jones, Justin Varnes, Ashley Campbell, Brandi Campbell, Aaron Jones, Candi Demurs. She was preceded in death by her father Willie Morgan Hughes, her mother Rosena, her husband Ashley Singletary, her brothers George and Jerry Hughes, and her sister Joan Quattlebaum. She was also preceded in death by her beloved friend and companion Paul E Jones and his son Ricky Jones. The family will receive friends at her home. Culler-McAlhany Funeral Home (www.mcalhanyfuneralhome.com) is assisting the family with arrangements.

Marie Hughes-Singletary died peacefully on the morning of May 4. 2016 at her home. Funeral Services will be held on Saturday, May 7 at 11:00 AM at Bull Swamp Baptist Church in North. Visitation will be prior to the funeral at the church beginning... View Obituary & Service Information

The family of Marie Hughes Singletary created this Life Tributes page to make it easy to share your memories.

Marie Hughes-Singletary died peacefully on the morning of May...

Send flowers to the Singletary family.