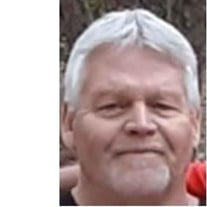 Stanley Wendell Raulerson, SR. went to be with his Heavenly Father on Sunday, April 18, 2021. He was born on May 21, 1957 to Steve and Ruby Raulerson in Perry, Florida. He was predeceased by his father, Stephen Owen Raulerson, III; his mother, Ruby Lee Raulerson; his wife, Teresa Rickards Raulerson; his sisters, Catherine June Gebhart and Ruby Eugenia "Gina" Massey; and his brother, Stephen Owen Raulerson IV. He is survived by his daughters, Sharon (Sunny) Rene Raulerson and Dena Leeann Raulerson; a son, Stanley Wendell Raulerson, Jr.; and two grandsons. He is also survived by three sisters, Diane (Oneal) Ward, Santana Raulerson and Amanda Hitchcock of Swansea, SC; and 3 brothers, Kenneth (Deborah), Johnny and Paul (Sheila) Raulerson, all of Swansea, SC. He also had many nieces, nephews, and extended family. Stanley, or Chubby as he was known most of his life, followed the family tradition of a carpentry career. He loved the smell of sawdust and the sound of hammers and saws. He helped build countless houses over the years. He had not been able to work for many years, but that didn’t keep him from wanting to be out there, cutting boards so the crews could frame houses. Stanley played football in High School and proudly wore number 73 on his jersey. He and his brother Steve were members of the 1974 and 1975 Swansea High School State Championship Football Teams. They set a precedence for every brother and a couple of nephews to play on the Swansea Football team. Stanley was an avid Gamecock fan and was faithful right up until his last days. He wasn’t fully awake for the last days of his life, but he clutched his favorite Gamecock T-Shirt that he was wearing and wouldn’t allow it to be taken off. He loved watching his Gamecocks play, whether it was football, basketball, baseball, or softball. He also loved watching his old TV shows. Some of his favorites were Andy Griffith, Gunsmoke and Little House on the Prairie. Stanley was a life-long member of Faith Baptist Church in Swansea. The family will receive friends Tuesday, April 20, 2021 from 6:00 PM until 8:00 PM at Culler-McAlhany Funeral Home in North. Funeral services will be held at 11:00 AM, Wednesday, April 21, 2021 at Faith Baptist Church in Swansea with Rev. Lee Butler officiating. Pallbearers will be nephews and friends. Burial will be in the Trinity United Methodist Church Cemetery in North. Culler-McAlhany Funeral Home (www.mcalhanyfuneralhome.com) is in charge of arrangements.

Stanley Wendell Raulerson, SR. went to be with his Heavenly Father on Sunday, April 18, 2021. He was born on May 21, 1957 to Steve and Ruby Raulerson in Perry, Florida. He was predeceased by his father, Stephen Owen Raulerson, III; his mother,... View Obituary & Service Information

The family of Stanley Wendell "Chubby" Raulerson, Sr. created this Life Tributes page to make it easy to share your memories.

Stanley Wendell Raulerson, SR. went to be with his Heavenly Father...

Send flowers to the Raulerson family.