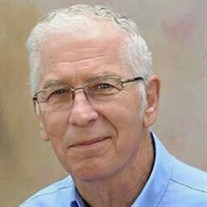 Tommy Furtick, 76, of Gaston, S.C. passed away peacefully on Thursday, January 6, 2022 surrounded by his family. Tommy was born June 15, 1945, in Gaston S.C., to the late Thomas Herbert and Lonnie Mae Furtick. He spent much of his childhood growing up in Cayce, S.C. and eventually moved back to Gaston where he raised his three children. Tommy met and married the love of his life, Carol Lee Furtick, his devoted wife of nearly 30 years. Funeral services will be held at 3:00 P.M., Sunday, January 9, 2022 at Gaston First Baptist Church with Rev. Rex Simmons and Rev. Brady Henderson officiating. Burial will follow in the church cemetery. The family will receive friends from 2:00-3:00 P.M., Sunday at Gaston First Baptist Church. Tommy had a strong work ethic and was known in his younger years for working three jobs at any given time to provide for his family. Tommy retired from Rental Uniform Services after 22 years and started his own business, Furtick’s Auto Service and Repair, which he operated with his wife and son for over 27 years until his death. In his younger years, Tommy could fix anything, loved to figure things out and often used his abilities to help others. Tommy was a longtime member of Gaston First Baptist Church. Those left to cherish his memory include his wife of the home; daughter, Tammy Lynn Dawson of Lexington; daughter and son-in-law, Lisa Marie and Tim Gillespie of Swansea; son and daughter-in-law, Thomas (Tommy) William and Cindy Furtick of Gaston; step-son and daughter-in-law, Raymond (Tony) and Dianne Lewis of Swansea; step-son and daughter-in-law, Daniel (Danny) and Crystal Lewis of Lexington; and step-son and daughter-in-law, Jeffrey and Nicole Murphy of Swansea; grandsons, Ray Steele, Curtis Steele, Justin Jeffcoat (Kayla), and Austin Crosby; granddaughters, Kala Dooley (Jake), Savannah Furtick, and Emily Furtick; 9 great-grandchildren; 16 step-grandchildren and 36 step-great-grandchildren; brother, Joseph Furtick of Gaston; and nieces and nephews. He was predeceased by his parents; sister, Alice McIver; and step-son David Lewis. Culler-McAlhany Funeral Home (www.mcalhanyfuneralhome.com) in North is in charge of arrangements.

Tommy Furtick, 76, of Gaston, S.C. passed away peacefully on Thursday, January 6, 2022 surrounded by his family. Tommy was born June 15, 1945, in Gaston S.C., to the late Thomas Herbert and Lonnie Mae Furtick. He spent much of his childhood... View Obituary & Service Information

The family of Tommy Furtick created this Life Tributes page to make it easy to share your memories.

Send flowers to the Furtick family.